No Case for the Union

I’ve pontificated already about why I believe Scotland should be an independent country. That was rather a scattershot set of reasons, talking about why I felt it was right for Scotland to be independent. But I do have other reasons.

I’m thirty-three years old. Since my birth, I cannot point to a single thing that the Westminster government has done that made things better for me. I suspect this is the same for most people of my generation whose parents weren’t rich enough to sign them up for heroin and double-buggery at a private school.

After examination, one does not exist. The Westminster government has, since I was born:

Those are just the highlights.

I can think of one thing that the Westminster government has done that classes as “good” or “for the benefit of everyone in the UK”.

With that track record, from all three parties in Westminster, why would I trust any of them not to screw the country up?

Meanwhile, the Scottish Parliament has:

The Scottish Parliament has also done some bloody stupid things. However, it’s policies have benefited the people of Scotland against millionaires and Tories.

“But Stew, isn’t there a socialist case for the Union? I thought you’d be all over that.” 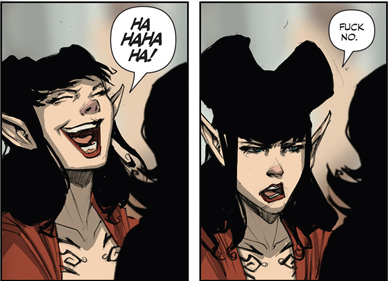 The only “socialist case for the Union” springs from the idea that Scottish independence is a national concern when socialists should be working for the benefit of working people around the world.

In other other words, fuck the Scottish worker, there’s people worse off elsewhere. But surely, by that logic, you should say: fuck the English worker. Don’t you know there’s kids working in Chinese sweatshops?

This is a narrow-minded abrogation of actual socialist principles. Repeat after me: The perfect is the enemy of the good.

I mean, who is going to listen to socialists in the UK? Not the Labour Party, who famously said “bugger that” when they scrapped Clause 4. The Tories? Don’t make me laugh. The Lib Dems? Spineless Tory-apologists with delusions of relevance. UKIP? Tories who don’t bother hiding the racism and homophobia inherent in conservative politics.

You can either help the dock worker in Glasgow and not help the one in Liverpool, or you can not help either. Anyone who picks the second option is putting principle above people, and thus can safely be ignored as a frothing lunatic with no exposure to the real world.